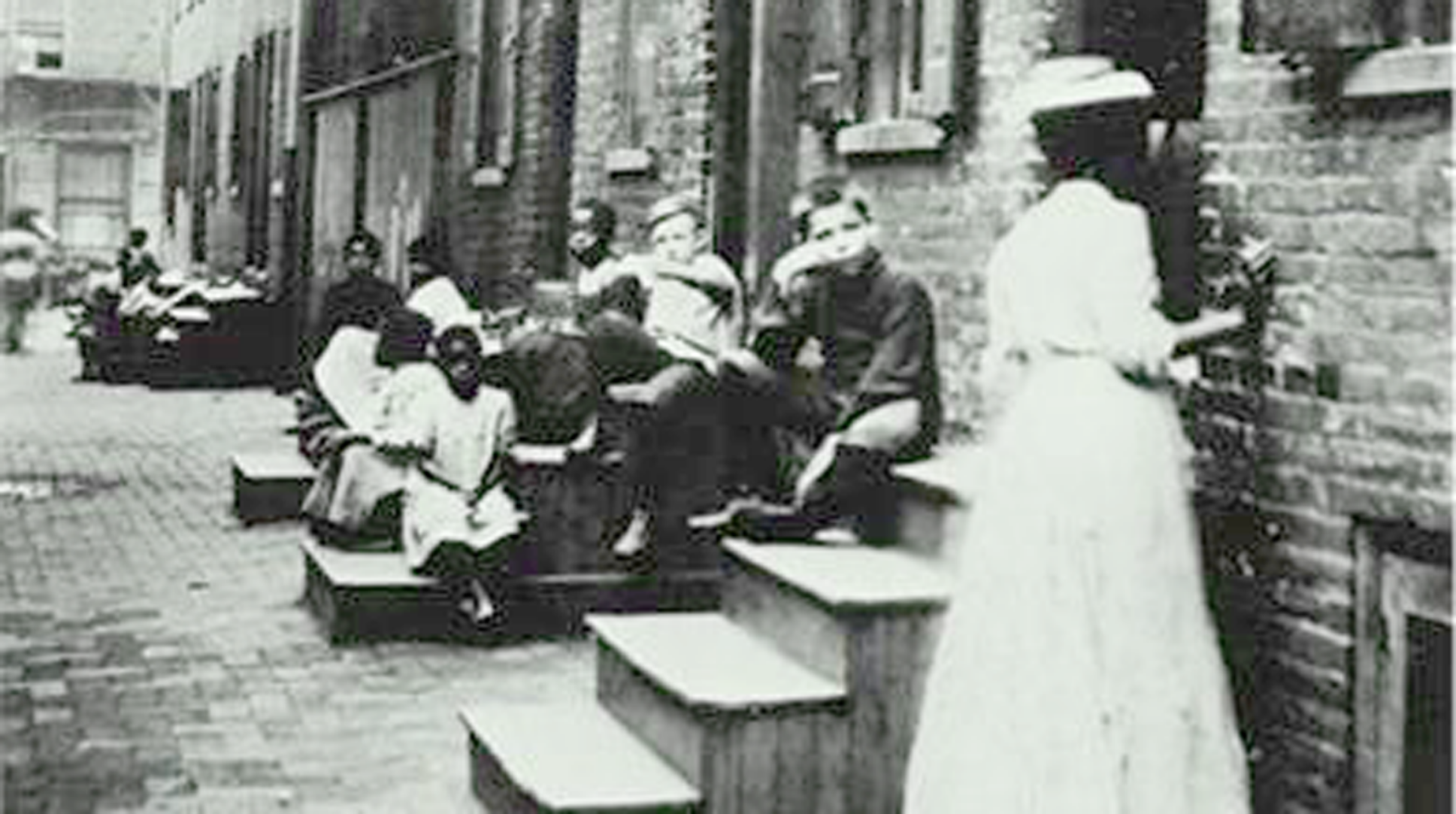 Rooted in South Philadelphia, both Diversified Community Services and United Communities Southeast Philadelphia share long history in the settlement house movement of the late 1800’s. Over the last several years, DCS and UCSEP have experienced a period of resurgence and extraordinary growth. Capturing the regard of colleagues and funders, locally and nationally, we have earned a reputation as an entrepreneurial trailblazer. Building on this strong platform, DCS and UCSEP have decided to engage in a strategic merger and become the Greater Philadelphia Community Alliance. This merger will strengthen our mission impact, fill our need to expand community impact across South Philadelphia and beyond, and increase our organizational stability for our future.

Formally incorporated in 1968 as a 501(c)(3) nonprofit; Diversified Community Services has evolved from its roots in the University of Pennsylvania settlement house camps in the 1890’s into the largest social service agency in Point Breeze. Diversified chose to maximize its impact by being geographically-based and focusing on the healthy development of children and youth from low-income and other vulnerable families to help them realize long-term economic and social well-being in the Point Breeze and surrounding communities.

In 1892, the University of Pennsylvania branch of the intercollegiate Young Men’s Christian Association (YMCA) was founded with John R. Mott as its first director. Six years later, in April 1898, the organization dissolved its relationship with the YMCA of the City of Philadelphia. In 1901, it incorporated under the name of the “Christian Association of the University of Pennsylvania.”

A “U.P. Christian Settlement” formally opened on January 1st, 1899, at 2524 South Street. As the program grew, the CA moved the University Settlement House to 2601 Lombard Street in 1906. Later on, the settlement house program further expanded, first in 1928, by establishing the Dixon House at 1920 South 20th Street, and then in 1932 and 1945 respectively, to two others which it operated — the Oxmead Farm work camp in Burlington, NJ, and the Western Community House at 1613 South Street (the latter being formerly the Western Soup Society founded in 1837). Both the Dixon House and Western are still community beacons in our community today.

United Communities Southeast Philadelphia is the result of several mergers of existing settlement houses. The oldest of these settlement houses dates back to 1847 when the Philadelphia Society for the Employment and Instruction of the Poor built the House of Industry west of 7th on Catharine Street. This location served as a shelter, mostly for immigrants from the British Isles, who would work making shoes, clothing, rugs, baskets and brushes in exchange for food and shelter. As the neighborhood changed, so did the emphasis of the House of Industry. As Italian immigrants replaced the English speaking immigrants in the neighborhood, the need moved from shelter to English language and citizenship classes. The House of Industry recognized these new needs and complied, providing the necessary classes as well as recreational and educational clubs.

The Southwark Club, known today as Southwark House, began as a women’s club in 1900, organized by Mrs. A.R. Ramsay. This group joined with working boys and girls clubs, a kindergarten, and a milk station. In 1906, with funds from the Philadelphia Ethical Society, the Southwark Club purchased four adjacent houses at its current location at Front and Ellsworth Streets. Mrs. Samuel Fels, a neighborhood woman of means helped make the houses usable. The Southwark Club moved in and became the Southwark Neighborhood House. St. Martha’s House, later to become the Houston Center at 8th & Snyder, was also founded in 1900.

Started in 1951, the Hawthorne Program, later known as the Hawthorne Family Center and located at the Palumbo Elementary School at 11th & Catharine Streets, became a part of United Neighbors Association. In 1963, United Neighbors, by now a member of the Philadelphia Association of Settlements, joined with six other association members to form the Delaware Valley Settlement Alliance. By the end of the year, the Alliance had hired an executive director and a secretary. They had an office and a small grant from The Philadelphia Foundation. The following year, United Way of Southeastern Pennsylvania approved a small allocation for the Alliance. One of the functions of the Delaware Valley Settlement Alliance was to study and make recommendations regarding the member settlements. At the prompting of United Way, the Alliance undertook a study of the South Philadelphia settlements. In 1969, United Neighbors merged with the Houston Center to become United Communities Southeast Philadelphia.

Traditionally, United Communities settlements played pivotal roles in the retraining and adjustment of new immigrants and persons who were socially and economically ill-equipped for self-sufficiency in Southeast Philadelphia. United Communities continues this tradition by providing ESL classes, training and support groups for young parents who lack effective parenting skills, subsidized afterschool programs, job training and job readiness classes, in-home weatherization assistance to hundreds of families to make their homes safe and efficient, budget and mortgage counseling to families paying high rents who are helped to purchase homes with affordable mortgages that allow them to develop equity in their properties, assisting homeowners who are faced with foreclosure, case management services and a variety of initiatives to ensure that the agency remains fully engaged with the community.

United Communities continues to reach out to socially and economically disadvantaged groups in Southeast Philadelphia to help them strengthen their capacity to care for themselves and contribute to their communities. In addition, major environmental changes in Southeast Philadelphia (development along Columbus Boulevard, the closing of the Navy Base and the Avenue of the Arts) are both threats and opportunities. Helping communities and neighborhood leadership organize themselves to respond to these changes is a United Communities priority.

Where Do Our Values Lie?

To have greater community impact and increased organizational stability for our future.

To break the cycle of intergenerational poverty by focusing on fortifying children, families, and communities.

To have a greater impact on generational poverty by fortifying children, families and communities through an increased organizational stability for the future.

Our shared vision, is grounded in the belief in the importance of investing in people — not only in children, youth, families and communities, but also in our employees.

To be the region’s most highly-regarded catalyst and thought leaders for community empowerment and the upward mobility of people and businesses. To be a social enterprise with an inspiring and safe environment, team-oriented culture and commitment to professional Development.

Our shared vision as a social enterprise, is grounded in the importance of investing in people as a catalyst for community empowerment and the upward mobility of people and businesses.

It takes a team to get the job done 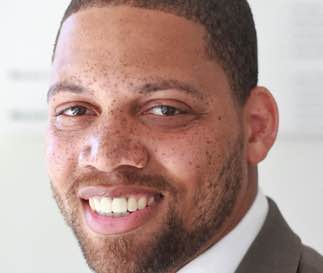 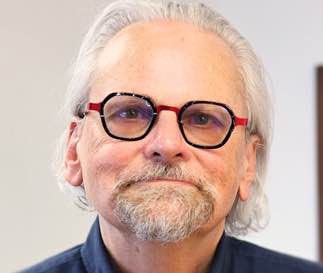 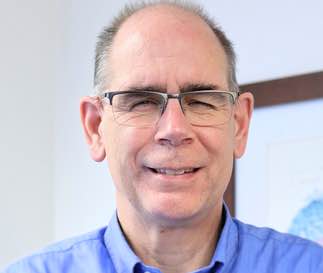 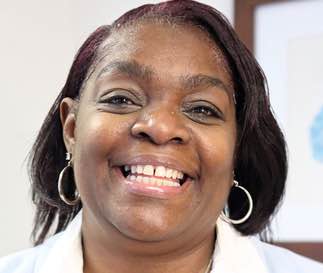 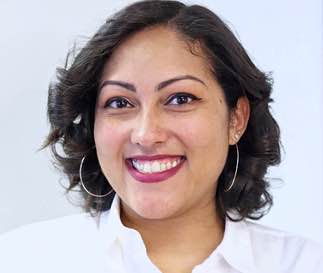 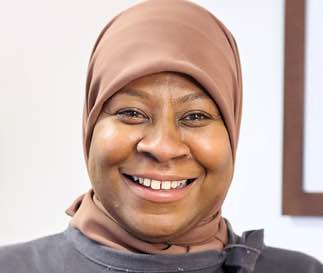 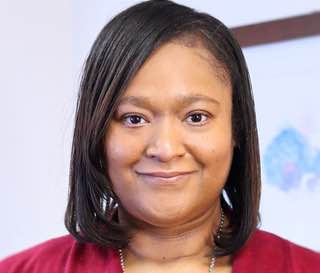 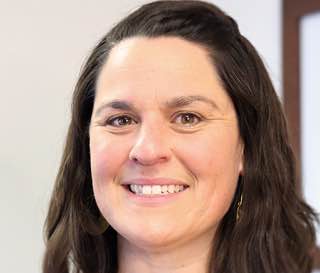 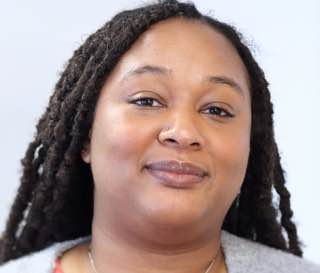 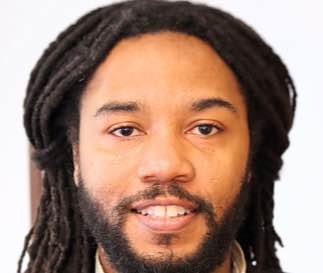